It’s October already. This means I’ve been working from home for over 7 months now. I remember the exact date of when that all started. It was Friday, March 13th. Even though I’m not superstitious, only now I realize the significance of that date. Even before the current pandemic, I never liked working from home. I just enjoy being amongst colleagues too much and have been a proponent of open workspaces for over two decades.

But to be fair, I can’t complain. I have a lovely family, my kids are old enough to take care of themselves during the day, we have a nice house with lots of windows and a decent garden, and the weather has been exceptionally good this year. I have my own small alcove in the living room with a relatively powerful all-in-one PC and a second 24 inch screen that’s there for the time being. My wife is an HR officer and also works in the living room (if she’s not at the office). The kids both go to school, but when they are off, they often sit there behind their (2nd hand) laptops as well.

But despite the friendly circumstances, no need to commute to the office anymore, and the general flexibility that working from home gives you, it is still not my thing. But that didn’t stop me from trying to do whatever I can to make the experience bearable for myself. I already blogged about distributed teams a while ago, but this is different. Given the signs that this isn’t going to change for another six months or so, let me share some of the things that have helped me stay sane. 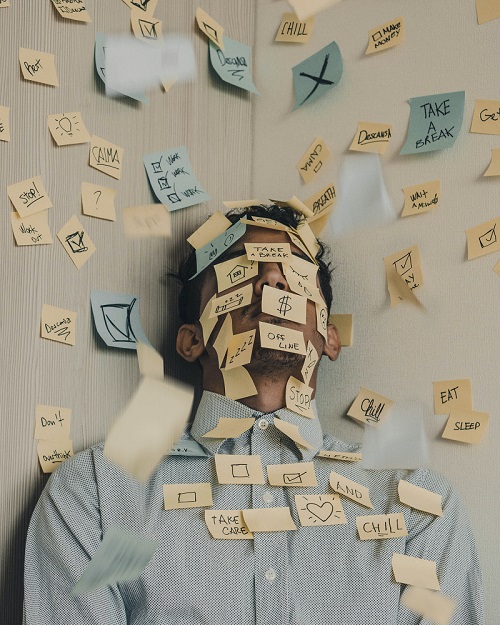 First and foremost, plan your meetings so that people are not in meetings all day long. Meetings are a necessary evil, and a lot of things you would normally handle by walking to a colleague and having a quick chat, now often require a formal call. So make sure you do this efficient.

Now that you have your meeting set-up or you’ve accepted an invitation, let’s see how we can make the meeting itself a nice experience.

But aren’t all these meetings bad for your health, I hear you asking. I’m glad you asked, because here are a couple of tips to tend to your physical self.

So that’s what I have to share right now. I’m still looking for a way to get closure at the end of the day and stop myself from continuing my work in the evening. I don’t know if it will help, but I’m planning to move from the living room to the top floor in a couple of weeks.

So what do you think? Does this align with your own experiences of working from home? Do you any more tips to help make this working-from-home more bearable? Let me know by commenting below. Oh, and follow me at @ddoomen to get regular updates on my everlasting quest for better solutions that will significantly improve the efficiency, the quality and the productivity of our profession.