As I work as a consultant for Aviva Solutions, and the nature of my job is to be involved in moderately long-running client projects, I don't get to come to the office that often. And if I do, it's on different days of the week. Over the last year so, our locations in Koudekerk aan de Rijn and Eindhoven have grown with almost 10 new developers. Since we did not have any company-wide meetings since May, it should not come as a surprise that I arrived at the office one day, only to conclude that I could not recall the name of those new guys. When our company was only 15 people strong, any new colleague joining was a big thing. And it's still a big thing. It's just that it is becoming less visible. Sounds familiar? It's even more embarrassing considering that I'm usually the one that creates the new Github and FlowDock accounts. But even if I do remember a new name, I often can't map that to somebody's face. That's why I ask all new employees to add a little picture of themselves to their Flowdock profile. In a way, I'm cheating a bit. 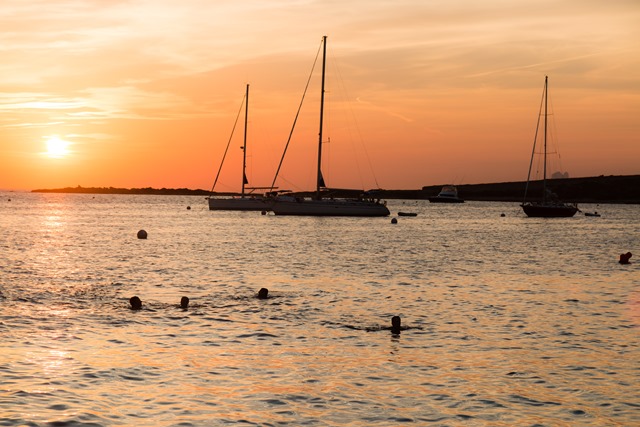 A similar challenge happens on the other side of the hiring spectrum. When somebody joins a company like Aviva, it's important for that person to feel valuable and be able to identify with the company's culture. The only way to do that is to engage with your coworkers, finding out who knows what, understanding the chain of command (which we don't have), and surfacing the areas where that person can add value. The problem in 2016 is that competitors are looking for people as well and recruiters are getting more aggressive by the day. So how do you keep a group of people like that together? Sure, you can offer them more money, give them expensive company cars, laptops and phones. But that's never really going to help. If they don't feel connected to the company, they might leave for the first deal they get.

So how do we stay connected? Well, twice a year, we have company-wide meetings, either at our HQ, our office in Eindhoven, a restaurant or some other venue. This usually involves a formal part where the two owners and the social committee share an update on sales, running projects, HR, the financial outlook and any upcoming social events. Then we have dinner, an occasional drink and some kind of activity (for those that want that). For example, when the Eindhoven office was just opened, the meet-up was organized at that office, and all co-workers were offered an overnight stay to go have a fun night out in downtown Eindhoven. This not only allowed the people that joined the Eindhoven office to meet the other people, but it also ensured that everybody has seen the new office and knows where to find it. We really encourage people to work in a different office occasionally, regardless of you being involved with an internal project or working for a client.

We also regularly get together for pizza sessions where we exchange project experiences, explore new technologies and run trial talks for public events. These are very informal evenings were everybody can share their findings or have discussions, whether or not you have presentation skills, you're a senior developer or just joined the company. Quite often, these little evenings are visited by colleagues from other companies or people who just happen to have heard about the topic (we usually Tweet and post on Facebook about them). Sometimes, these events turn into something bigger when we work together with the .NET community to organize public events.

I particularly like Flowdock as a low-threshold collaboration tool that is accessible as a web site, a desktop app or smartphone app. We have different channels (or flows) for trolling around, getting technical support, or having deep discussions on technical topics. Next to that, all our projects have dedicated flows, so everybody can read along and learn about the daily troubles and tribulations of their co-workers, even if you're stationed at a client's office. Flowdock is probably the most engaging platform I've come across. Neither Skype, Jabber or any other platform has helped us so much to keep in touch with each other. It also allowed us to avoid those long email threads that nobody is waiting for. And since we heavily use GitHub for our project's sources, we can directly see what's going on from inside Flowdock.

Now, all of this helps a lot to keep the group together, but the ultimate trick to make this group a team is to stuff the entire company in a plane, fly us to a warm place in Spain, a nice city like Prague or, like this year's 10-year-anniversary special edition trip, Ibiza. Yes, it sounds like pure luxury and over spoiling your employees. And yes, we did have a lot of fun, took a trip on a catamaran and explored the island driving around in those old 2CVs. But for 12 people, this was the first time they joined us on our annual trip. It allowed them to get to know their co-workers, find people with similar interests, share some frustration about that last project, get advice on how to resolve a technical or other work-related challenge, or receive tips on advancing their careers. Some would even use the weekend to debate technical solutions or new technological hypes. Nonetheless, the point is that before that weekend they were just employees. After that weekend they were colleagues, and in some unique cases, friends. What more can you expect from a company? 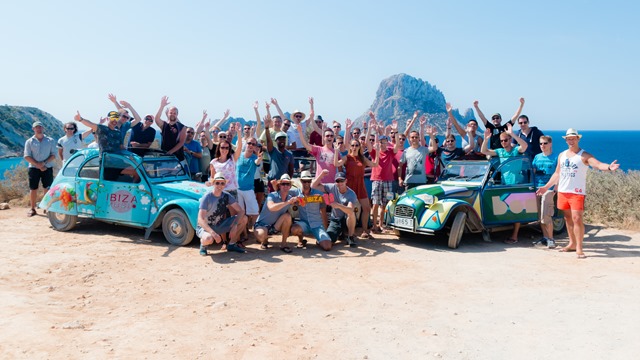 So what do you think? Are you a junior, medior or senior .NET or front-end developer? Did you just graduate from university or a polytechnical college? Does a company like this appeal to you? Comment below, or even better, contact me by email, twitter or phone to visit one of the upcoming events or join us for a coffee and taste the unique atmosphere of an office with passionate people….