With all credits going to Oren Novotny, Tommy Long, Stuart Blackler and some of the Microsoft folks behind the .NET Core projects, Fluent Assertions 4.0 introduces support for the new platforms .NET 4.6, CoreCLR and .NET Native. 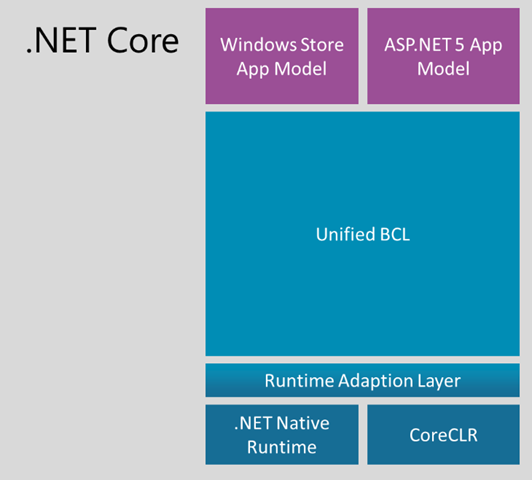 Since Fluent Assertions has adopted the Semantic Versioning scheme, the version number clearly shows breaking changes. It is based on release 3.5, but without the support for Windows 8.0. Microsoft is not supporting that version of Windows 8 in Visual Studio 2015 anymore. Next to that, it also removes everything that was marked as obsolete in previous versions. Supporting those new platforms was not trivial, but Oren wrote a great article (from which I borrowed the above diagram) explaining how he managed to pull that off. You can also learn a lot from the discussions on Gitter.

To install the latest version, just run the following command line from the Package Manager Console

For feedback, comments or requests, go to the GitHub project, post on StackOverflow or just tweet me at @ddoomen.