So here I am in New York, all alone and looking for something fun to do during a rainy day preceding QCon New York. The Empire State Building was covered in clouds so what can you do? Well, you go to meetup.com and browse the many events that happen in a big city like this. Country dancing and role playing games didn’t really appeal to me, and I could have gone for a movie or just go to sleep early, but learning about social intelligence did sound rather intriguing. 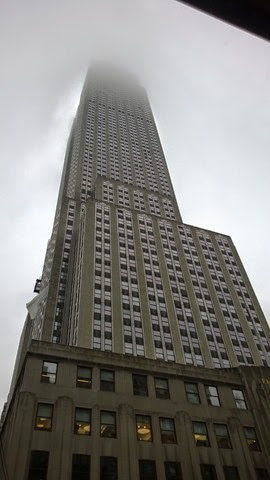 I decided to make the plunge and took the metro to one of the WeWork offices in NY. Upon arriving I first met Eric Waisman, the host of the evening and co-owner of Jaunty, a San Francisco-based company that helps people to improve their soft skills. They've just opened shop in NY and wanted to take the opportunity to use this free workshop to increase awareness about them. It's because I don't live in the US, otherwise this would have most definitely not been the last time I attended their workshops.

After the little office quickly filled up with a group of about 16 man and women from different professions, Eric elaborated on the social aspects of our life and how we have a lot of primitive believes and embedded behavior that are still there from the time we lived in caves and had to fear for our lives. Approaching somebody, regardless of whether that is a beautiful person, a potential business partner, or asking your boss for a raise always feels like a scary thing to do. Eric tried to scientifically explain why we behave like this and how stupid it is we're letting ourselves held back by that. He used a model of skills and believes to illustrate that. After last year's Culture Engine, I once again had this 'that makes a lot of sense!' erlebness.

He also talked about the pyramid of attraction, and how internal and external status, health, emotional stability and your ability to logic affects the way people perceive you, both professionally and personally. I particularly liked the distinction he made between internal and external status. The former is more about confidence, skill set and the believe system you have, whereas the latter deals with the more obvious things like money, beauty, the job you have and the part of city you live in. But these are just the most primitive parts of the pyramid. Emotional stability and logic are build on top of that. And as he explains, this also aligns nicely with the development our brain went through over the hundreds of thousands of years the human being exists.

The skill set part of that discussion got some attention as well. Amongst them he covered social skills, body language, conversational agility (I love that word!), assertiveness, humor, magnetism/charisma and approach. Eric strongly believes that all those skills can be learned and a lot of the workshops and trainings Jaunty gives are targeted to improve those skills. What I particularly liked is that he went to great lengths to define those skills. We all have an idea what those skills mean, but if you would be asked to define them, I'm quite sure a lot of us can't (including myself).

Of course, it wasn't just Eric doing all the hard job that evening. Oh no, not at all. To overcome our own fears, he wanted us to go outside our comfort zone and rather than looking at our mobile phone for a chance, stare somebody in the eyes for 5 minutes!! I have had my share of uncomfortable moments, but staring another dude in his eyes at a distance of half a meter for so long has been…let's say…a unique moment. Oh, and did I mention that you were not allowed to laugh or smile? But somehow it worked. Later that night I managed to freak out a lot of people in the metro. Looking forward to try this on my colleagues next week…

The other exercise we did was to read a person without prejudice and keep a conversation going. At the beginning of the workshop he promised us to that after that evening we would never end up in in those awkward silent moments in a conversation anymore. It was a bit over the top, but worked remarkably well.

I didn’t want to spoil the entire workshop, so if you live in New York or San Francisco, I would strongly advice you to keep in touch with Eric. He is a brilliant coach and really knows what he's taking about. Of course this is all just a model, but I already feel I learned so much from those first 4 hours. Thanks Eric.