Because day 2 of the Build conference wasn't any different, it seems that I must learn to accept that a maximum of two good sessions per day is going to be the standard. Fortunately the keynote was top notch with both Scott Hanselman and Scott Guthrie taking stage. They showed some of the power the Windows Azure platform provides these days. It really feels like that every time I check the Azure website they've added another shipload of features. Especially the integration between the services is something that really shines. And did I already mention how I love the look-and-feel of the Azure management portal? 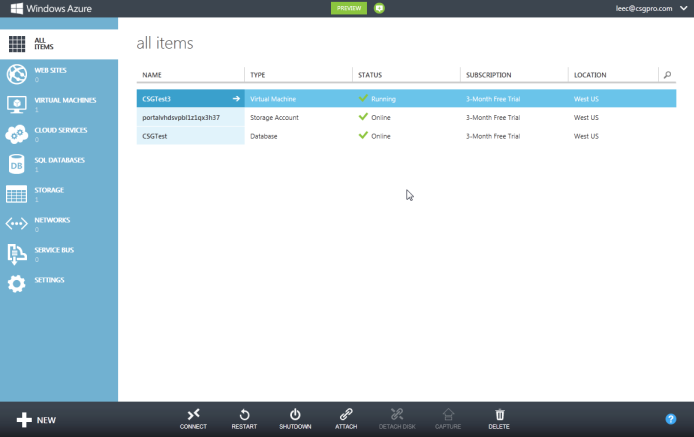 One other cool thing that happened is that Microsoft announced that the Team Foundation Service is now in production. It will be a free service for teams up to 5 developers…forever. Since this is something our company has been looking forward to for a while now, I was a bit disappointed that the pricing is still to be announced. In fact, the landing page for this service states that this will not be announced until the beginning of 2013. Bummer….

After bailing out from an extremely boring XAML session I happened to run into a JavaScript session led by Amanda Silver, one of the rare female speakers at this conference. And boy, she knew what she was talking about. I'm not yet an JavaScript expert, but I was blown away hoe much one construct can make a difference compare to another performance wise. It's incredible to learn how Microsoft managed to optimize the way the IE10 JavaScript engine works internally. If you have ever attended an in-depth session on LINQ providers by Bart de Smet or a talk by Eric Meijer on the duality of IQuerable, you know what I mean. I'm in no way qualified for sharing some of her content here, so make sure you check out the slides.

Regardless of where you are, you always run into Dutch people somewhere somehow. So during lunch we ran into some 'colleagues' from a competitor and ended up discussing Event Sourcing and synchronization challenges when building large scale systems. Similarly, I was also recognized by some people which I only know through Twitter. It definitely feels a bit awkward if you don't recognize somebody, at least, not until you get to know their Twitter IDs….

The two others sessions were both about apps again. The one hosted by Chris Anderson clearly out-leveled most other sessions even though the content wasn't particularly new. As I said yesterday, it seems as if the primary audience is developers who haven't been paying a lot of attention the last year. Nonetheless, Chris once again illustrated how easy it is to integrate the search charm into your Windows Store app. I can highly recommend viewing the recording. The other one was hosted by a British chap and dealt mostly with the (powerful) combination of Azure Mobile Services and WP8 devices. It’s ridiculously easy to connect a WP device with an Azure backend without the need to build your own server. Once gain proof Microsoft wants people to start building apps (hence the free Surface and Lumina 920). What did disturb me (and I did knew about this upfront) is the fact that you are supposed to tweak the Azure services using JavaScript. Definitely not something I'm looking forward to.

Talking about that Surface, it's a remarkable device that managed to completely replace my Acer Aspire that I've been bringing to conferences and events. In fact, I've written this blog post using OneNote MX, the Windows Store equivalent for Microsoft OneNote but optimized for touch. The only thing I had to do on my laptop is posting the blog using Windows Live Writer. It will just be a matter of time before we'll get a decent blogging app…. and a Twitter app, and a Facebook app, and…but that's an other story…