This week is Microsoft Build 2012. For those who don’t know what that is, it’s Microsoft largest and most important annual event for sharing the future of the company’s plans around Windows, Windows Phone and their development platforms. Since with most trips to the US, it’s usually cheaper to take a flight on a Saturday than one on Monday, even if you consider the additional lodging costs. Since the area around Microsoft’s campus in Redmond isn't particularly exciting, me and colleague Jonne Kats decided to spend the first few days of this week long trip in downtown Seattle. 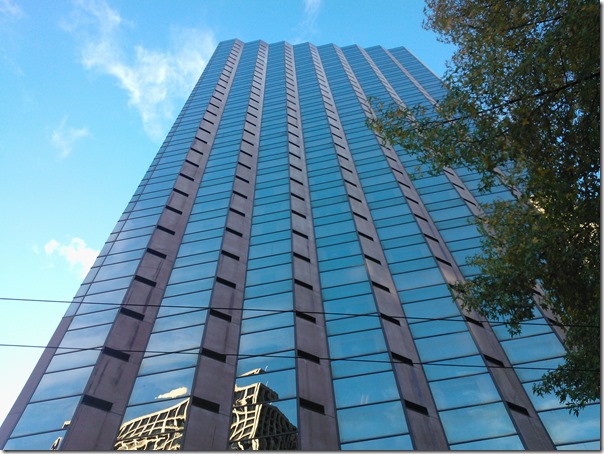 After a 2.5 hour delay caused by a allegedly flat tire (that ended up being a sensor error after all), we arrived at Seatac Airport at around 14:30 local. We then had to pick up our ride for the week, a 2012 Chevrolet Malibu LT. Not a particular nice car, but it’s considered a full-size sedan so that’s more than enough to carry our luggage. The car didn’t come with a GPS, but to our surprise Nokia Drive did its job better than expected. Just imagine how glad I was that I loaded the maps of state Washington prior to our trip. And since Nokia Drive 3.0 doesn’t require a live internet connection anymore, this didn’t cost us anything. 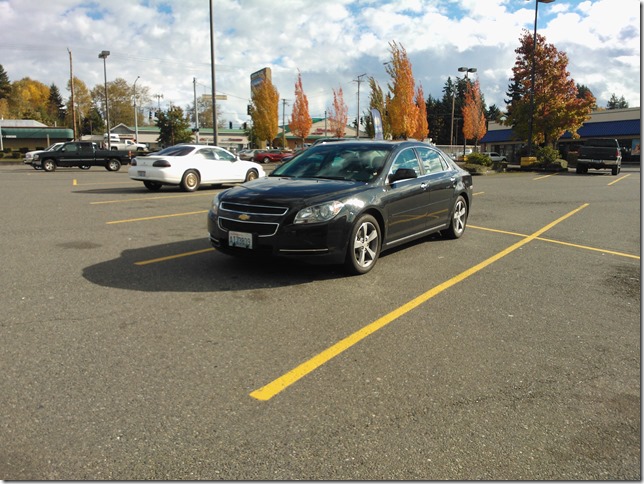 That first night we decided to visit Capitol Hill to see what Halloween in Seattle is about. Having visited California a few times, I was surprised to see how few people were dressed up over here. It must have been the pouring rain, or the cold. We decided to take a quick bite at a Mexican restaurant we ran into because somebody noticed our indecisiveness. The fun part started when I ordered a Mojito to compensate for the lack of sleep. As you may know, in the US you cannot buy alcohol if you’re under 21. Now I’ve been called at for having a baby face….but… that was 20 years ago and I’m 39 now, Initially they refused to serve us that hard needed Mojito. It took us quite a lot of negotiation to finally get a single round. Anyway, after diner we tried to enter a small Halloween-styled bar. But again we were kept out because we didn’t bring our passport. This all feels a bit hypocrite which somebody pointy stated on Facebook: you get a free gun with a new bank account, but you cannot get a decent drink without a passport! 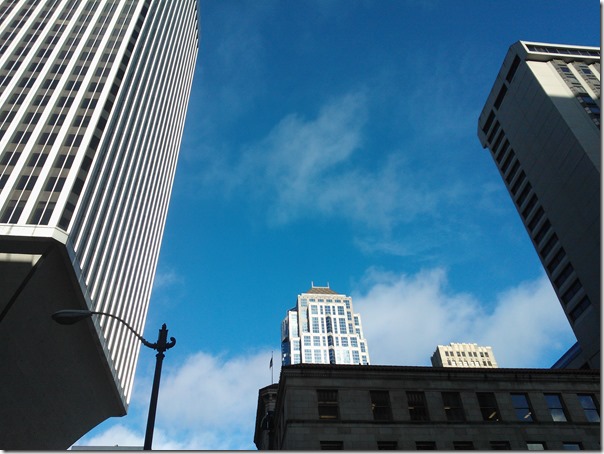 The next morning, after a good night sleep, we were happily surprised with a clear blue sky. So after a quick breakfast at the local Starbucks, we planned a small road trip through the greater area of Seattle. Oh, and as a side note, where we thought to have seen Starbucks’ at virtually every corner just the night before, now we had to really search to find one. Anyway, we took the i90 to North Bend to visit one of those Seattle outlet factories and then to another one in Marysville just to enjoy the scenery of Washington in the Autumn. 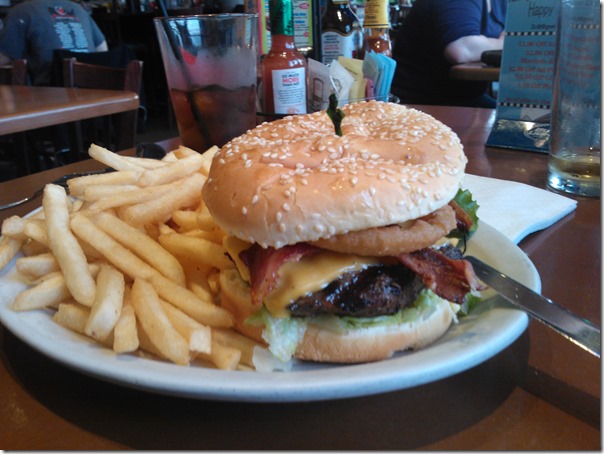 Obviously we grabbed a genuine home-made burger along the trip, thereby carefully avoiding any fast-food chains. And now that I mention it, the US is really a country of opposites. We regularly noticed billboards that stated that 1 of 6 US citizens is in hunger. But at the same time you’ll find these food centers with shops like McDonalds, Burger Kings, Denny’s, Taco Bells and Subways virtually after few miles. In fact, it is easier to get a burger than to find a gas station. How can anybody be hungry here?

After about 250 km of driving we went back to the hotel and prepared to get some dinner somewhere. With our passports in our back pockets we took a cab to the waterfront to see if there was anything to do. Fortunately our cab driver understood our intentions and proposed to bring us to Belltown, an area known for great restaurants, bars, etc. But…..it was mostly abandoned. We selected a random Sushi bar and actually enjoyed a great mixture of Japanese and Hawaiian cuisine. But when a group of large sized American geeks started up the Karaoke (granted, they could definitely sing), we left to visit a large bar across the street to grab a beer. The girl behind the bar explained to us that just the evening before, that bar was packed with 1300 people whereas now it contained about 15. Go figure…. 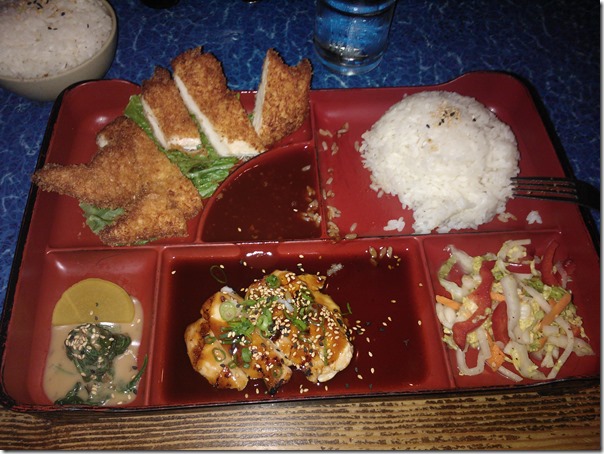 As suggested by the bartender, we took another cab to Queen Anne’s, presumably another place were you’ll find a lively crowd……..NOT. Nevertheless, we hooked up with a group of friends and spend the remainder of the evening discussing the economy, politics and the apparent uptightness of Seattle citizens. We had a lot of fun, regardless of the relative quietness of that evening. Bedtime was a lot later than planned.

The Monday concluded the free time prior to the event in which we visited Pike Place Market and then traveled to the north to explore the area of Mount Rainier. We did visit some shops but then decided to drive to Redmond to preregister for the conference.  To avoid traffic, we took an alternative road from Bellevue to Redmond and enjoyed the view. 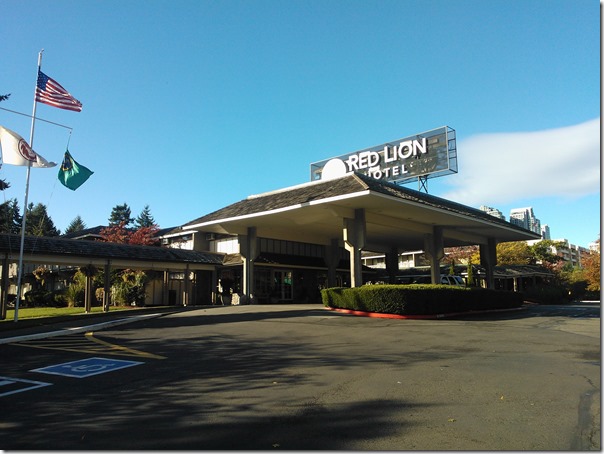 Again, I can highly recommend renting a car when you are in the Seattle area, even if you need to stay downtown. You miss so much of the great environment if you rely on public transport only. All in all, not a bad start for this exciting week in the US.