I've recently finished the book The Inmates Are Running The Asylum by Alan Cooper, a well known proponent for interaction design. To be honest, I never really saw the purpose of interaction design in our projects. But after reading this book, I now know I didn't really understand what it was about and why it is so important. 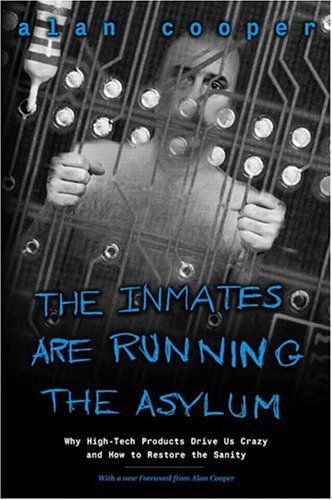 One of my colleagues, Stefan Bookholt, has mentioned the need for some good interaction design many times, but his persistence was often met by laughter. This post is not really a review of the book, but rather my public apologies to him for not listening earlier.

First of all, this book is really worth its money and very easy to read. It's so full of real life cases and anecdotes, it really helps you to gain a solid understanding of why interaction design is so important.

Some highlights you should remember the next time you have a discussion about the functional design of your application.